Semantic Corpus|Security|WHY GERMANY BEHAVES THE WAY IT DOES
Security

WHY GERMANY BEHAVES THE WAY IT DOES 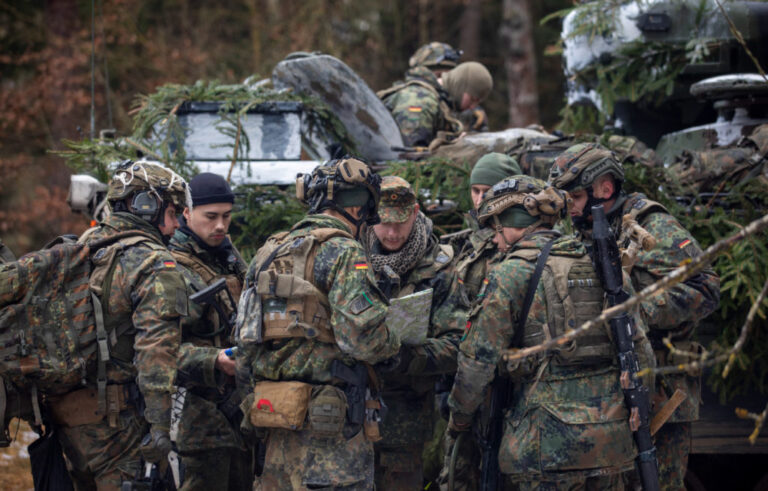 Other than Russia, no country looks worse during the current Ukraine crisis than Germany.

On paper and in speeches, Germany stands in total solidarity with Ukraine. In practice, however, Germany’s leaders are spending their time debating all the things that they definitely wouldn’t do in response to Russian aggression. German Minister of Defense Christine Lambrecht warned against drawing a link between Nord Stream 2 and “differences with Moscow over Ukraine.” The secretary general of the governing center-left Social Democrats said: “Everything in me resists the idea of conflicts being conjured up just to bury a controversial project.” The new leader of the German opposition argued against excluding Russia from international payment systems. The Green foreign minister rejected calls for German arms deliveries to Ukraine by saying that Germany’s “restrictive position is well known and is rooted in history.” In addition to all this, Germany has reportedly also blocked the export of German-made weapons by third countries like Estonia.

So why is Germany behaving the way that it does? Over the last couple of weeks, there have been countless attempts to find an explanation. Most have been unconvincing. Some have argued that Germany is simply no longer a reliable ally, while others have gone even further to suggest that Berlin is actively working with Moscow to undermine Ukraine. Neither is true. Instead, Germans see the world differently and their leaders are primarily responsive to the political constraints of their office.

Germans’ world is one in which their country has “moved beyond power politics, the national interest and militarism.” It’s a parallel reality in which trade beats force and every conflict between states can be solved through more dialogue or more multilateralism. Germany’s allies can be exasperated by this view or take comfort in the fact it may slowly be beginning to change. But at the very least they would do well to understand it.

Germany, of course, is not a monolith, but there are some deeply held views in large parts of German society that have a huge influence on foreign policy.

The most significant of these is the way in which many Germans view the role of military power in international politics. Seen from Lower Saxony or Bavaria, military force is not just evil, it’s also useless. It has caused the greatest tragedies of the 20th century and a whole lot of needless suffering during the Cold War. Since then, it has only created more chaos and death in Iraq, Syria, Afghanistan, and Libya. In her excellent essay on the topic, Ulrike Franke outlines how millennial Germans, who are now moving into positions of power, came to think the way they do. If you were born in (western) Germany in the middle of the 1980s or thereafter, you grew up “in a world of exceptional stability and peace.” That doesn’t mean that nothing happened, but Germany was so safe and protected that Germans “never had to think about the military,” and their education further emphasized the futility of force. As Franke notes, that has had an important impact on the way in which young Germans see the world and on what they consider to be normal.

In the short term, Germany’s geopolitical circumstances seem to vindicate this historically-informed sense of security. The thinking goes something like this: Ukrainians and Georgians might be at risk of another invasion, but Germany wouldn’t be at risk of attack any time soon even if NATO ceased to exist. This overwhelming sense of security influences how many Germans think of their own military. If you discuss the Bundeswehr in Germany, people often say: “Well, who is going to invade us?” That question misses the broader point, but it’s not entirely irrational either. Nobody is going to invade Germany, at least not before attacking another dozen countries.

For the generation of Germans who lived through the Cold War, an additional set of factors come into play. Seen from abroad, it might make sense to assume that they at least would understand the utility of power and military force in international politics. Some do, many don’t. When you ask Americans what it took to win the Cold War, they might mention nuclear weapons, superior financial resources, or hundreds of thousands of troops. Many older Germans remember things differently. What really brought down the Berlin Wall wasn’t missiles or tanks, but engagement. During the Cold War, of course, the Federal Republic of Germany did take its own security much more seriously, but under Chancellor Willy Brandt it also pursued a strategy known as Ostpolitik that sought to achieve “change through rapprochement” with the German Democratic Republic and eastern Europe. Decades after Brandt’s death, every German politician talking about relations with Moscow talks of a new Ostpolitik, a European Ostpolitik, or some other form of Ostpolitik. Whether true or false, the idea that dialogue is more effective than deterrence is deeply embedded in German political culture.

Since military power is almost always counterproductive, there’s very little potential upside to delivering weapons to a “conflict zone” like Ukraine. When ordinary Germans consider delivering arms to Ukraine, they don’t think of it as an opportunity to help Ukraine defend itself. They think delivering weapons would “merely exacerbate the conflict” and make things worse for everyone. As a result, many Germans are genuinely convinced that their position is politically and morally superior to that of more active international actors like the United States or the United Kingdom.

It also matters that this crisis involves Russia. There’s an obligation in the minds of many Germans not to take a position that is too tough on Moscow because Nazi Germany killed millions of Russians during World War II. Unfortunately for Ukrainians, that way of thinking doesn’t extend to their country, even though Germans also unleashed unimaginable horrors there during the war.

There is also more recent history at play. If it weren’t for Moscow, the thinking goes, the peaceful reunification of Germany would have never happened, and for that Germans owe a debt to Russia. All of that influences German thinking about the current crisis. In eastern Germany, for example, 43 percent of people say that the United States is primarily responsible for the escalation of tensions, while only 32 percent think that Russia is to blame.

Conveniently, Germans’ moral superiority and sense of security line up well with their short-term economic interests. Since the end of the Cold War, Germany has largely found itself in a position to trade freely with anyone and everyone without being constrained by rigorous considerations of politics or security. Given that safety, Germany can afford the luxury of prioritizing and compartmentalizing trade. And because Germans don’t need to use trade to advance their security, they can afford to treat it as something that is separate from politics. Nord Stream 2, then, is not a geopolitical project that helps an adversary while hurting allies, it’s just business.

That brings us to public opinion. If you feel as safe as most Germans do and you believe that military force is not just evil but mostly useless, would you support a more muscular foreign policy? Probably not, and neither do most Germans. A recent poll asked Germans whether Nord Stream 2 should be cancelled. Only 28 percent agreed. And while 47 percent said they were open to toughening sanctions on Russia, the option that got most approval was a strengthening of the role of European states as mediators in the conflict. This sentiment doesn’t just exist in polls, it’s everywhere. Turn on German radio on a Tuesday afternoon and chances are you won’t hear much concern for Ukraine, but you will probably hear a listener complain about Germany’s “threats” against Russia. When it comes to potential arms deliveries to Ukraine, the numbers are just as clear: 73 percent of Germans are opposed. Since politicians in all major German political parties are aware of the way in which their constituents think, they are extremely reluctant to change course even if they themselves understand what’s at stake.

Beyond public opinion, party politics acts as a significant constraint on the positioning of the government. If you’re elected leader of the Greens, center-left Social Democrats, or the liberal Free Democrats, you don’t just have to consider public opinion, you also have to worry about the rank-and-file, who are often even more passionate than their constituents. And what does the rank-and-file worry about? That’s right: imaginary German “militarism” and any position which might antagonize the Kremlin. It doesn’t matter what party you lead — if you call out Russia, you will get angry calls. Lots of them. That’s not because party rank-and-file are uniformly worried about upsetting the Kremlin — it’s just that many of those who are tend to be particularly passionate about their cause.

Finally, there are plenty of worrying examples of powerful Germans like ex-Chancellor Gerhard Schröder who now work for the Russian state. Those networks undoubtedly have an indirect impact on German foreign policy, but their impact tends to be overestimated in relation to the factors mentioned above. German foreign policy is the way it is because Germans want it to be that way.

Going forward, Germans might change their mind. The Greens, for all their skepticism towards the use of military power, are much more likely than the previous government to advocate for economic and political pressure to deal with countries like Russia because they believe that Germany should put more emphasis on the promotion of values in foreign policy. Likewise, the liberal Free Democrats have increasingly been willing to move beyond short-term economic interests when human rights are at stake.

This focus on values is unlikely to lead to a rational, interests-based foreign policy debate any time soon but it is slowly and surely shifting public discourse. A decade ago, the mere suggestion of delivering arms to Ukraine as it faces an attack from Russia would have caused a gigantic outcry. Now the idea is at least taken seriously enough to warrant space in newspapers. What’s more, there is some precedent, as Berlin sent weapons to Iraq to help in the fight against ISIL. The Social Democrats, for their part, have shown that even they are willing to toughen their position in response to Russian aggression if there’s enough allied pressure and Russian aggression. Asked about Nord Stream 2 last week, Chancellor Olaf Scholz signaled that it was on the table in the event of another military intervention against Ukraine. Not all hope is lost.

If Russian President Vladimir Putin does decide to invade Ukraine again, Germans still might not change their view on the utility of force in international relations. But they would almost certainly change their view of Russia. That is not going to help Ukrainians right now, but it would definitely hurt Moscow in the years to come.

Marcel Dirsus is a non-resident fellow at the Institute for Security Policy at the University of Kiel in Germany. All views are his own.