BY DMYTRO KULEBA, OPINION CONTRIBUTOR – 08/01/22 8:00 AM ET
THE VIEWS EXPRESSED BY CONTRIBUTORS ARE THEIR OWN AND NOT THE VIEW OF THE HILL 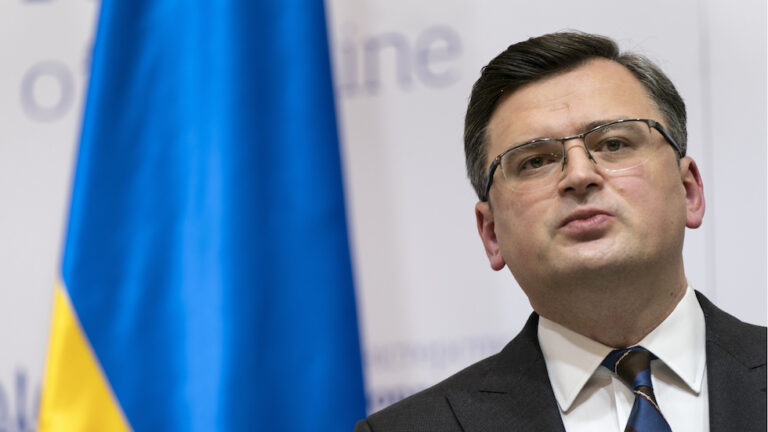 Russia’s war on Ukraine is not just a war of aggression but a campaign of genocide aimed at destroying Ukrainians as a national group. Russian state media and officials were fomenting hatred toward Ukrainians long before the current full-scale invasion began on Feb. 24, and their incitement has gotten worse since then.

The incitement has led to genocide in the course of the ongoing Russian aggression. Mass atrocity crimes against civilians in the occupied towns in the vicinity of Kyiv and other places were not just war crimes but a deliberate and brutal murder of Ukrainians because they were Ukrainians.

A clear sign of genocide is also the forced deportation of Ukrainian children from occupied territories to Russia, with Russian authorities facilitating their adoption and further education by the Russian curriculum.

These are not isolated incidents, but a deliberate campaign. Last July, Russian President Vladimir Putin published an opus called “On the Historical Unity of Russians and Ukrainians” in which he argued that Ukrainians and Russians are “one people, a single whole.” He stated that Ukrainian statehood is a mistake of history that needs to be corrected and that Ukraine can exist only as part of Russia. Putin and his henchmen have repeatedly denied Ukrainians their right to exist as a nation and a sovereign state.

Putin rewarded Russian military units involved in the massacre of Bucha after facts of the horrible atrocity crimes in this suburb of Kyiv were revealed and shocked the world. It seems that in his view, they fulfilled the task well, and that all other units should have taken note.

President Biden was acute about the actions of Russians in Ukraine, unequivocally calling them genocide on April 12, days after the horrors of Bucha had been revealed. “Yes, I called it genocide,” he said. “It has become clearer and clearer that Putin is just trying to wipe out the idea of even being — being able to be Ukrainian.” Ukrainian President Volodymyr Zelensky commended Biden’s statement, calling it “true words of a true leader.”

Together with international partners, lawyers and experts, Ukrainian law enforcement and the legal team of my ministry are in the process of collecting all the evidence to hold perpetrators of this crime to account. This is a truly gargantuan task, but we are committed to delivering justice for thousands of innocent victims of this terrible crime.

In this context, I also call on the U.S. Congress to examine the possibility of setting up a commission on the Ukrainian genocide following the historic example of the U.S. Commission on the Ukraine Famine, which was set up in 1984. The aim would be similar: To establish and investigate facts, as well as expand the world’s knowledge of this crime and better inform the American public about it.

Accounts of the witnesses of this genocide are petrifying. Ukrainian women raped by Russian soldiers who said they would make them “never think of a Ukrainian man again.” Unarmed Ukrainian activists and human rights defenders who were rounded up by Russian forces in the occupied villages and shot down in cold blood, in their foreheads, with their hands tied behind their backs. All of this under an accompaniment of Russian state propaganda portraying Ukrainians as “Nazis” and a call to “finish off the scum,” as one of Russia’s top-propagandists put it.

When I first learned about the massacre in Bucha and saw photos of the humiliated bodies of civilians in the newly liberated areas around Kyiv, I could not sleep. This was the first time since the onset of Russia’s full-scale invasion that I simply could not close my eyes, because my mind kept being bombarded with the horrible images of inhumane, barbaric murders of innocent Ukrainian men and women on the sole basis that they were Ukrainians.

We in Ukraine know all too well what genocide means, because this is not the first time we have witnessed it. Genocide is part of Ukraine’s collective memory, a pain that thousands of Ukrainian families pass from one generation to another by word of mouth.

This is why we take any accusations of genocide very seriously. When Russians tried to manipulate the word to justify their invasion, we immediately appealed to the International Court of Justice, and it took our side, stating that there had been no evidence to back Russia’s claims of a “genocide of Russian-speakers” committed by Ukraine prior to the invasion. Now we are focused on proving that Russians have been committing genocide against Ukrainians in the course of their war.

We cannot and will not forget. This is our duty not only before the victims but before all future generations. All perpetrators of this genocide must be held accountable. Only then will we all be able to utter the sacred words “never again” sincerely. I call on the Biden administration, as well as the U.S. Congress and the wider American public, to stand with the Ukrainian people in our quest for truth and justice.

Dmytro Kuleba is the foreign minister of Ukraine.