Top 5 benefits of Ukraine’s EU membership for the EU

The Russian war in Ukraine has shaken the world with its scale and aggression. Over 5 million people left Ukraine during the five months of the war, as the Ukrainian President Volodymyr Zelensky wrote on Telegram on the 117th day of the war. The destruction and looting of food warehouses, the disruption of the sowing campaign, and the blockade of Ukrainian ports are already leading to mass starvation in the Middle East and Asia. “If the war in Ukraine does not end soon, the number of people on the brink of starvation will increase from 276 to 323 million people,” David Beasley, the head of the UN World Food Program, wrote on Twitter. That is, Russian aggression in Ukraine can cause over 47 million deaths, let alone the losses among the military and the population. According to preliminary data, over 22,000 civilians were killed in Mariupol alone.

No one expected such bloody terror and open armed aggression in the 21st century in the very heart of Europe. Russian aggression has forever changed Ukraine, its vision of the world, partnerships, defense capabilities, and plans for the future. The only thing left unchanged is the desire for a new life, a life of European level. Ukraine seeks change, faithfully fulfills the tasks of the Association Agreement with the EU (more than 63% of them have already been fulfilled), and needs full accession to the union. For Ukraine, it is a chance to develop a decent standard of living for citizens and ensure peace for the future. And what will the European Union in its turn gain from Ukraine’s accession? 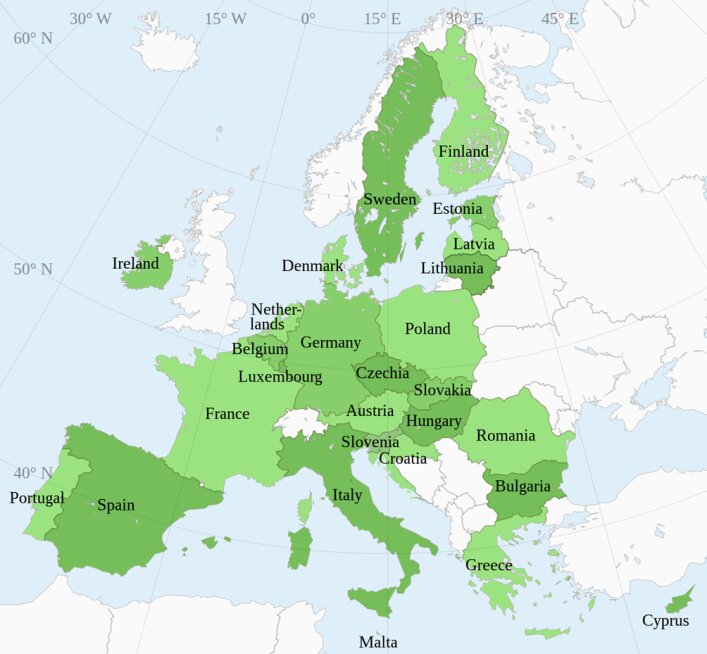 What will the EU member states gain from Ukraine’s accession?

Undoubtedly, Ukraine’s accession to the European Union is not only important for the country itself, but also beneficial for European countries. After the accession, Ukraine will become an important strategic partner, a new direction for investment, a production site, and additional protection for the member states of the union. Let’s take a look at the top 5 key benefits.

1. Ukrainian territories as additional protection against the bloody eastern neighbor

After the annexation of Crimea in February-March 2014, Russia started a war in eastern Ukraine. It seized parts of the Luhansk and Donetsk oblasts, creating pseudo-republics that the world did not recognize. The fighting there had lasted for 8 years, until on February 24, 2022, it turned into a full-scale offensive. Russia attacked Ukraine at once from all border areas: Sumy, Chernihiv, and Kharkiv. From the territory of Belarus, Russian troops entered the Zhytomyr and Kyiv regions. However, as early as April 2022, the Ukrainian armed forces began to liberate Kyiv and Chernihiv regions from the occupiers during fierce fighting. Eventually, they drove out the enemy of these territories, and the war was again concentrated in the east.

Russia is openly threatening the world because the world is helping Ukraine. In particular, it has already threatened Iceland, Poland, and a number of other Western countries. In June 2022, Russia began to intimidate Lithuania. In the State Duma of the Russian Federation, there were even initiatives to cancel the resolution on recognition of Lithuania’s independence. At the same time, Russia continues to threaten with nuclear weapons and impose its rules on the world, either by blocking Ukraine’s accession to the EU or by Finland and Sweden joining NATO. On June 15, during a speech to the Czech parliament, President of Ukraine Volodymyr Zelensky spoke about Russia’s ambitious plans: “Its ambitions are aimed at the vast space from Warsaw to Sofia, from Prague to Tallinn.”

Life with such a “neighbor” resembles sitting on a powder keg, while a crazy person is jumping around with a lighter. It is clear that you cannot choose neighbors. But by increasing Ukraine’s defense capabilities, it is possible to strengthen the EU border and create an additional barrier for the potential attacker. At the beginning of the war, the Ukrainian cities of Chernihiv and Sumy took the main blow. They were holding back the enemy, who was advancing from the territory of Russia and Belarus, for several weeks. If the Ukrainian military has succeeded on its own, imagine the power it would demonstrate if given the appropriate level of European training and support. Ukraine can and will defend the territorial integrity of the European Union and will be the first stage of protection, a shield that will cover Europe. This, in fact, is happening now. With Ukraine’s accession, the EU will expand its sphere of influence and strengthen its borders with Russia and Belarus. 2. Ukraine as a platform for production and a source of qualified workers

Amid a coronavirus pandemic that has literally blocked the global economy and logistics, Europe and the United States are seriously considering relocating their production facilities to closer regions. In 2022, this process is gaining momentum due to China’s position. China has allegedly recognized neutrality in the Russian-Ukrainian war but continues to strengthen economic ties with the aggressor country.

As of January 1, 2022, the minimum wage in Ukraine has risen to 6,500 UAH. There are plans to increase it to 6,700 UAH starting from October 1. In China, the “minimum wage” in 2022 will be 2,590 CNY, which corresponds to 11,294 UAH. Thus, the level of remuneration of labor in Ukraine is twice lower than in China. This will be an additional advantage in the transfer of production to territorial Ukraine. Other advantages of such “relocation” of capacities are simplified logistics and a shorter supply chain.

3. Ukraine as a wide range of areas for investment and business development

Ukraine is an agricultural country that plays a leading role in the export of grain and oilseeds. In 2019, it became the leader in the export of sunflower oil. The country has confidently held this position before the beginning of the Russian aggression. The Russian war in Ukraine and the termination of supplies have already led to a shortage of this product in Europe. It has also led to its almost complete absence in the countries of the Middle East and Asia.

Prior to the war, Ukraine was exporting large quantities of wheat, flour, barley, corn, and legumes. However, now the occupiers are destroying and plundering Ukrainian stocks and trying to disrupt sowing. After the war, Ukraine will need large investments to restore the agricultural sector. Construction of capacities, re-equipment of productions, and introduction of innovations is a long and expensive process. But in the long run, it will be a unique chance to create new directions and enterprises. There are still many free territories in Ukraine that have the potential for cultivation. This country is famous for its fertile ground and is able to thank generously those who will contribute to its restoration.

In addition to the agricultural sector, Ukraine has inherited dozens of business complexes from the USSR that are currently out of order. These are ready-to-produce buildings, with electricity and communications. These capacities are waiting for investors who will be able to breathe new life into them.

4. Ukrainian energy as an alternative to Russian resources

The statements that European countries cannot survive without Russian energy resources are already losing their relevance. More and more countries are refusing Russian gas and oil. Since June 2022, France has been actively negotiating with the United Arab Emirates to replace Russian oil, after the implementation of the sixth package of sanctions. In its turn, Ukraine announced its ability to replace 17% of Russian gas exports with supplies of electricity. The country also offered to provide part of its gas storage facilities for the needs of European countries.

In addition, Ukraine was planning to build new capacities. In 2021, Energoatom announced its plans to build two new power plants and 14 nuclear reactors. It was also planning to increase the capacity of the plants by 70% by 2040. The sooner the Russian aggression in Ukraine is stopped, the sooner these ambitious plans can be put into practice. See the infographics for the information on where and when the new capacities are planned to be built. 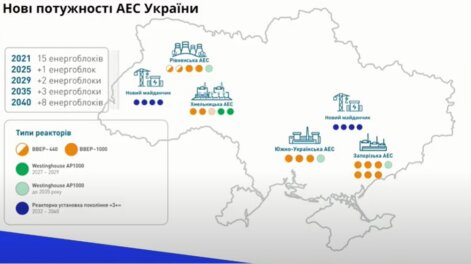 This sector also requires large investments and could be the start of new partnership programs between the EU countries and Ukraine.

5. Ukraine as a picturesque tourist place with unique landscapes

Ukraine impresses with its diversity and picturesqueness. Its territory includes mountain ranges, steppe deserts, and the smallest sea in the world – the Azov Sea. There are 7 UNESCO World Heritage Sites in Ukraine:

According to one of the versions, the geographical center of Europe is located in Ukraine in the village of Dilove, Rakhiv district, Zakarpattia region: https://goo.gl/maps/p88b92bbffAs3Xrf6 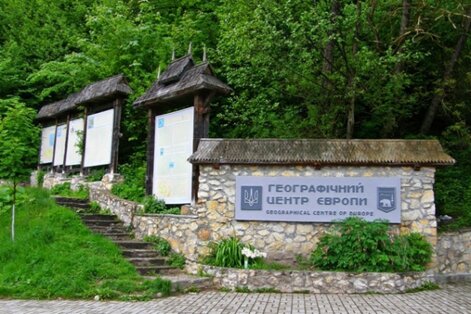 There are many unique tourist places in Ukraine that are interesting to see: the Tunnel of Love in the Rivne region, Vinnytsia Maldives in Cherepashynka, Synevyr – the largest alpine lake in Ukraine, the mystical Kamyanets-Podilsky fortress, the unique pink Lemurian lake in Kherson region. Here you can build a wonderful tourist business, recreation centers, or entertainment complexes.

Ukraine has something to show and something to surprise with, and it is happy to receive guests from all over the world. However, while the world is wasting time, Russia is ruthlessly destroying its beauty and integrity. Many places of interest are in the territory of hostilities or captured. For example, the Askania Nova Biosphere Reserve in the Kherson region has been under occupation since April 2022 and is forced to beg for help from caring people. Hundreds of buildings were destroyed, and thousands of people were forced to leave their homes and flee abroad. This is a grief that cannot be forgotten. Help Ukraine, and it will thank you generously.

Let’s stop the war until it stops us!