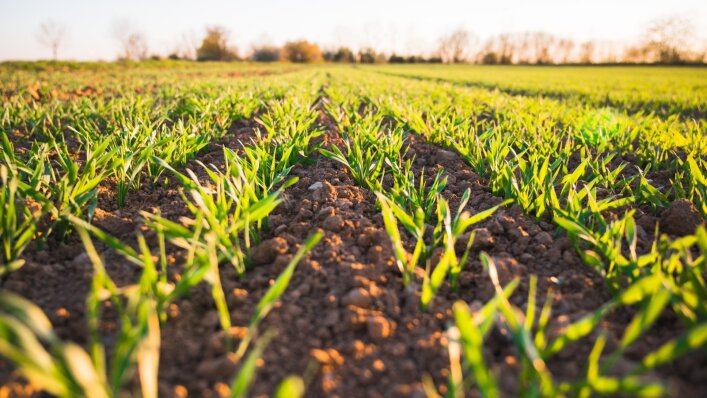 The military invasion of the Russian Federation (RF) into Ukraine has a significant impact on the world market of food and agricultural production. The negative effects of the war in the short-term perspective will affect the food security of many countries, especially those that import and depend on agricultural products. Currently, there is a reduction in supply on the world market and, accordingly, rising prices. The war, trade, and business restrictions, imposed by the sanctioning countries, will also affect the natural gas market, which has seen its highest prices in decades, and the fertilizer market.

Ukraine is not only one of the largest producers of cereals in the world, but is a significant exporter, providing almost 4% of world wheat production and 8–11% of its exports. In addition, Ukraine accounts for about 15% of corn exports and ranks first in the world in terms of sunflower oil exports.

Structure of wheat production and export by countries

Prior to the war, the world agricultural market was characterized by an increase in consumption due to the recovery in markets after the recent recession and high demand for corn and soybeans in China due to the recovery of livestock after the African plague. In addition, demand exceeds supply because of lower supplies from South America due to the El Niño effect, from Ukraine and Argentina due to adverse weather conditions, and from the United States due to devaluation of the US currency. In the 2020/21 marketing year, there was a decrease in the Stock-to-Use ratio (the coefficient that determines the level of inventories of goods from total consumption). This, in turn, affected the rise in prices in the early 2021/22.

The world balance of cereals and vegetable oils, mil. t.

The military conflict has exacerbated these trends. Thus, in March 2022, compared to the beginning of the year, the price of wheat increased by 30%. In general, the dynamics of price growth of many food items is comparable to the pre- and crisis years of 2007–2008.

The dynamics of price growth is, first of all, related to the reduction of supplies of agricultural products from Ukraine. This is explained by physical destruction of stocks due to bombing, illegal removal from the occupied territories, and significant logistical problems. Previously, products were exported mainly through seaports, which are currently blocked. The export of products is possible only by rail and road through the western regions, but the passability of these roads is much lower. For example, if before the war the volume of grain shipments through Ukrainian ports was 5–7 million tons per month, the capacity for transportation by land is ten times less. At the beginning of March 18.2 million tons (out of the planned 25.3 million tons) were sold, and in the beginning of April, almost 12 million tons of wheat were stored in the elevators of Ukraine.

The UN notes that Russia’s blockade of Ukraine’s Black Sea ports could provoke a global food catastrophe that could lead to famine, mass migration, and social tensions. Facing this, the world community is looking for ways to increase the transportation of Ukrainian grain, one of which is the use of the Black Sea ports and access to the Baltic Sea through the “humanitarian corridor” in Belarus, which is currently being considered by the Baltic states. Currently, the problem of exports is partially solved through the ports of the Black Sea (mostly Romania), through which 1.1 million tons of grain were exported in April, which is more than five times less than the usual export regime.

This issue is considered at the highest level. On May 12, 2022, the European Commission provided an action plan for Solidarity Lanes. The plan is aimed at supporting the export of agro-industrial products from Ukraine. It envisages that the European Commission, together with Member States and stakeholders, will develop priority measures, including the provision of additional vehicles, and priorities for the transshipment of Ukrainian cargo, simplification of customs operations, and the creation of new transport corridors.

The Minister of Agrarian Policy of Ukraine Mykola Solskyi noted that now Ukraine cannot export about 90 million tons of agricultural products. At the same time, transshipment through Romanian ports has already faced the problem of returning cars, as they have accumulated a lot and they are all waiting to be unloaded. In the summer, grain from other countries will be added to Ukrainian grain exports, including Romania itself, which will increase competition between traders and the ability to maintain current grain exports from Ukraine.

Second, the imposition of sanctions on Russia has led to rising energy prices, which in turn has affected rising fuel and mineral fertilizer prices, significant components of the cost of agricultural products both in Ukraine and around the world. In addition to rising prices for nitrogen fertilizers, the cost of which depends significantly on natural gas, we should expect a decrease in supplies of potash fertilizers from Russia and Belarus, which will negatively affect the global supply.

These factors have already negatively affected the state of countries with low levels of economic development. States regulate the economy through subsidies, tax cuts, and price controls, but such measures are usually ineffective and do not fully address food shortages. In the near future, the poorest countries will need financial assistance from stronger countries.

In the current environment, prices are expected to continue to rise. Although the Stock-to-Use forecast has not been significantly reduced, it is important to understand that in fact, half of the world’s wheat reserves and more than two-thirds of corn stocks are concentrated in China, which is not an exporter.

In addition, the sowing campaign in Ukraine is significantly limited, both due to hostilities on agricultural land and due to lack of raw materials, damage to agricultural machinery, and lack of staff caused by forced emigration. According to the Ministry of Agricultural Policy of Ukraine, as of May 2022, the sowing campaign in the country is 20–30% slower due to logistical difficulties, the introduction of curfew, and weather conditions.

The future of the world market will depend on the duration of the war in Ukraine. According to the World Bank experts, in the event of a protracted war or additional sanctions against Russia, prices may be even higher and more volatile than currently forecast.

It is expected that price stabilization is possible only after 2023, when the supply of agricultural products will increase after the emergence of new suppliers from other countries, including Argentina, Brazil, and the United States. It is also important in the long run to strengthen energy efficiency measures and maximize the transition to alternative energy sources that would reduce agriculture’s dependence on fossil fuels.