“Farewell, unwashed Russia!” or the war for toilet bowls

On February 24, 2022, the troops of the Russian Federation treacherously invaded the territory of independent Ukraine. Russia launched a full-scale invasion under the guise of a “special military operation” and fictitious good intentions. Having no success on the fronts near Kyiv, part of the Russian military was forced to retreat, leaving behind piles of civilian corpses, hundreds of raped girls and hundreds of thousands of broken lives. The world was also shocked by the scale of looting in the occupied territories. 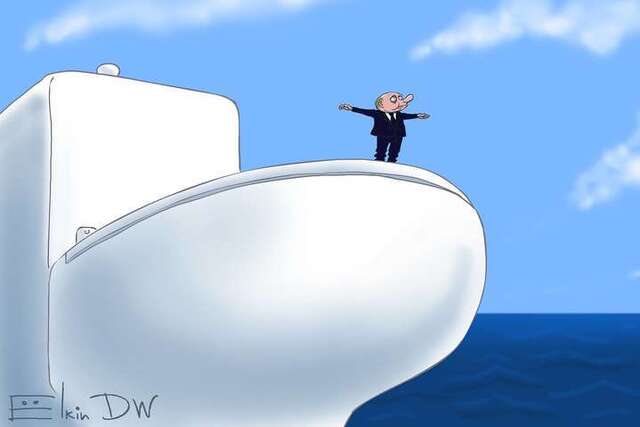 The first of such crimes were committed by Russian troops during the so-called “armed conflict in the Chechen Republic and in the border territories of the Russian Federation” in 1994-1996. They also often resorted to taking hostages among peaceful Chechens, including in Samashki in March and Grozny in August of 1996. Later, war criminals demanded ransom from their relatives for release. Looting of property, torture of men, and extortion were used when cleansing the stanitsa of Asinovska on July 3-4, 2001, the villages of Mayrtup on July 9, 2001, Tsotsyn-Yurt, on June 15, 2001, and Kurchaloy on June 16, 2001. Violence accompanied looting; civilians were executed for trying to protect their property or simply because they witnessed looting.

On August 8, 2008, the Russian military machine attacked Georgia. The list of crimes of soldiers with a tricolor chevron traditionally includes deliberate shelling of settlements and civilian infrastructure, torture, abuse of prisoners of war, ethnic cleansing and, of course, looting.

In Ukraine, the scale of looting has reached a new level. The occupiers take everything from the homes of Ukrainians, even the socks and underwear. This was witnessed by a resident of Sumy region. According to the woman, her son’s house was completely robbed. She says: “They came in, took a plasma TV, a laptop, socks, panties, bed linen, towels. Home appliances were taken away: meat grinders, blenders, combines as well as electric drills from the garage…” (video).

The fact some soldiers of the “second army of the world” came to Ukraine and saw a toilet bowl for the first time in their lives shocked the local inhabitants of the occupied territories. In response to seeing ceramic toilets, the Russian troops stole these miracle devices to take back to Russia. The locals have talked about this. According to women who survived the occupation, for some Russian occupiers it was a real shock to see a toilet bowl. They asked Ukrainians what it was, and then they took them when they fled from the Armed Forces of Ukraine to Belarus.

“They took toilet bowls. Toilet bowls! He (a Russian soldier) walks into the house and says: “What is this?” Someone tells him, “It is a toilet bowl.” “What is it?”… It was one of those chink idiots… He asks what it is for. We tell him that we use it to go to the toilet. “What? Is there a toilet inside your house?” Then he took it away to put it in his own room (in Russia),” says one old lady. She assumes that now the toilet bowl from her house is somewhere in the middle of a room in some village in the Far East and the local residents use it for its intended purpose, not realizing that a sewage system is also required. Some of the occupiers were afraid of the unknown and terrible device and used it in their own way: “In Ylahidne, people say, they (Russians) first put a bowl on the toilet and then ‘went to the toilet’. And then they dumped it. It was unbelievable!” says another woman laughing (video).

Toilets, of course, were only part of the story and the occupiers took out everything, including household appliances, toys, dishes, and clothes. This led to a wave of protests near Russian Embassies where people brought their old household things, doused in red paint as a sign of the insatiability and bloodlust of Russians.

However, as they say, any action has a completely logical basis. After the failure of the blitzkrieg plan of invading Ukraine in three days, the Command of the Russian Federation ordered the occupiers to switch to the self-sufficiency mode, which, in fact, meant permission to loot.  Russian troops who arrived in Ukraine from different regions of the Russian Federation, including the most remote ones, were surprised by the standard of living of Ukrainians. In intercepted conversations, as well as in prisoners’ statements, they remark on an unexpectedly high level of Ukraine’s development: “They have asphalt and lighting in the villages!” the occupiers complain to their relatives (video). This revelation was so unexpected and unpleasant for the Russians. Many of them live in near-poverty conditions and had no idea that an alternative was possible. And if it is impossible to reach this level on your own, then you need to destroy everything for those who have and try to lower your neighbours to your level of life, i.e. survival.

To realize the full scale of the tragedy, we provide some shocking facts. According to Novaya Gazeta, in 2020, Russia ranked 1st in the percent of the population without access to toilets among developed countries. In Russia, 45% of large families are not connected to a centralized sewage system and 88% of wastewater discharged into Russian reservoirs does not meet safety requirements.

Tula, 182 km away from Moscow. “Every day we wash ourselves in a trough, drain the washing machine into the trough, then pour everything into buckets and take it to the yard. Here our grandmother lives upstairs, she does not leave the house – it is too difficult to go down the stairs, and she pours her buckets, including toilet ones, out the window,” Inna Shuvalova, a resident of the Tula center, tells Novaya Gazeta.

“Everything goes from our cesspool to the Upa River, because the river level is lower. Sewage is nearby along the street, but the design alone costs about 100 thousand rubles, and you need to dig and arrange everything yourself. We are waiting for the center to get upgraded. So, we might get lucky… But we are not told anything openly, everything is somehow concealed,” says another resident of Tula, Vladimir Meshkov. “They tell us that till 2023 we will live here without everything – without heat, water and sewage… We also called local journalists, but they dismissed all our complaints. They said: “Everything is great, everyone is happy…” The toilet was also photographed. It is said there will be improvement of the center,” Zinaida Batkova echoes her neighbor.

Small towns with the population of up to 50 thousand people are closer to ordinary villages in terms of household comfort. There are almost 2000 such towns in Russia comprising a total population of 23 million people. There are many barrack-type houses in which several families live together. Nearly 6 million residents of apartment buildings are not connected to a centralized sewage system, 28% of households in small towns are without central sewers, 23% of citizens do not have access to safe toilets, and more than 1 million citizens practice “open defecation”. Also, in Russia there are over 100,000 damaged and old residential buildings, totaling an area of 25 million square meters. A high rate of housing wearing down and subpar toilets are related phenomena: outdated facilities entail the absence of normal standards for toilet equipment and the presence of poverty. “Modern communal equipment allows you to create warm toilets in individual houses. But we have very low incomes, especially in rural areas. People think of every penny”, says ??.

“Russia’s sewerage model, as well as modern latrine systems, are inaccessible to many citizens,” says Andrey Shirokov, chairman of the Committee of the Russian Chamber of Commerce and Industry on Entrepreneurship in Housing and Communal Services. In presidential amendments to the Constitution, children are called the cornerstone of the state. Meanwhile, in Russia, more than 6000 children-centered institutions, including 2500 schools, are still not connected to the sewage. Thus, 75% of schools operate in Tyva without sewage, in the Zabaikal region – 53%, Yakutia – 43%, Dagestan – 35%, and the Arkhangelsk region – 24%. The numbers are shocking. Damaged houses, cold street toilets in schools, and a lack of heat, lighting, and normal safe roads compose the reality of “great” Russia. The most comical thing about this situation is that Russians themselves are well aware of their tragedy and make hundreds of videos about poverty and devastation throughout the country. But militarization is Putin’s main goal, and stories about invincible Russia warm the brains of Russians more than the lack of roads and cold streets. Years, hundreds of years go by, but nothing changes in Russia…

The world-famous Russian poet Mikhail Lermontov wrote a poem about “unwashed Russia” back in 1841:

Land of slaves, land of masters,

And you, blue uniforms,

And you, people, devoted to them.

Throughout the twentieth century, this poem sparked heated debate, and now the attitude towards it in Russia is very ambiguous. It is worth recalling that this poem was quoted on June 11, 2017 by the fifth President of Ukraine Petro Poroshenko in his speech to the Ukrainian people at a rally dedicated to the beginning of the visa-free regime with the EU as he announced the final break with the Russian world. A few days later, Russian President Vladimir Putin responded to this with a speech by mentioning “nationalists with swastikas”, broadcasting his twisted views about Ukraine’s territorial affiliation with Russia, and even made a threat to the President of Ukraine: “And let him not feel too relaxed, as anything can happen. Let him look around carefully,” he said. Whether this was a hint of a future war or not, it no longer matters in the face of the current invasion of Russian hostile troops on Ukraine’s territory. But what are Putin’s warriors fighting for? Perhaps, for their right to have a toilet bowl? Instead of buying ballistic missiles, they could finally repair school toilets and pave normal asphalt roads in Russian villages. If the war crimes in Ukraine are not stopped now, tomorrow the Russian Horde, unfamiliar with the benefits of civilization, will knock on the doors of Europeans in search of new toilet bowls, sowing death, rape and devastation, sweeping everything in their way with inhuman hatred towards those who have won the right to live better than them.