Europe’s procrastination increases the losses of Ukraine and the world

Since the beginning of June, according to NewsWhip analysis, the interest of social network users in Russia’s military invasion of Ukraine has fallen 22 times: from 109 million interactions in February to 4.8 million at the beginning of this month. The largest war in Europe since the end of World War II is becoming routine for everyone. 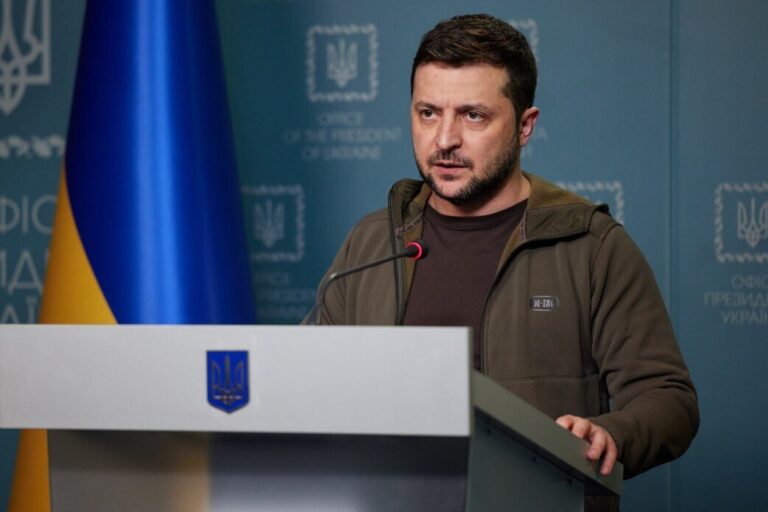 June 12, 2022. Day 109 of the Russian invasion. The shelling of settlements and military positions on almost 1,000 kilometers of the front. The territory of Kharkiv and Mykolayiv regions is shelled from artillery. A woman died as a result of shelling of the Dnipropetrovsk region from the BM-27 Uragan. In the village of Chortkiv, civilians were injured and 4 houses were damaged as a result of shelling by Kalibr cruise missiles. For more than three weeks (ISW data from May 28) there have been continuous brutal street and artillery battles for the city of Sievierodonetsk, in which Ukraine loses “100 to 200 people every day”, according to an adviser to the head of the Office of the President of Ukraine Mykhailo Podoliak. (Newshour BBC World Service, June 9). Let alone the civilian casualties, as well as the losses in the Russian-occupied territories, where the situation remains unclear.

This is a brief report of only one day of the war. In the general news feed, such statistics for three and a half months managed to bore people. However, the scale of the problem becomes clear if we look at the overall figures for the entire period of the conflict. Currently, 20% of the territory of Ukraine are occupied – approximately 125,000 km2. Oleksii Bokoch compared the area of ​​the occupied Ukrainian territory with the areas of European countries. It turned out to be the size of the whole of Central Italy, or the Czech Republic and Slovakia combined, or the entire south of the United Kingdom or Germany.

The report of the Office of the United Nations High Commissioner for Human Rights on the death toll from the Russian invasion of Ukraine has already documented 4,253 deaths and 5,141 injuries among the civilian population, including 272 children.

The statistics did not include victims from the occupied territories, to which international organizations have not had access for more than a hundred days. Mariupol is a Ukrainian city, which is comparable in population to French Lyon or German Nuremberg, and coincides in size with the capital of Piedmont, Turin. In the 86 days of the siege, it was destroyed by almost 98%, and the number of civilian casualties, according to the mayor’s adviser Petro Andriushchenko in an interview with CNN on May 25, may be more than 22,000 people. Such losses and destruction can be compared without exaggeration to the bombing of Dresden in February 1945. On the morning of June 4, in a daily message to the nation, President of Ukraine Volodymyr Zelensky stated that Russia had fired 2,503 missiles across the country.

As a result of the war, millions of people were forced to seek refuge abroad. Ella Libanova, director of the Institute of Demography and Social Research, said: “If the hot phase of the war ends relatively quickly, the irreversible migration will be 500–600 thousand people. If the war drags on, especially its hot phase, many people will move to Germany, Italy, the United States, and Australia. Then irreversible migration could reach five million.” It is worth noting that the war and Russia’s foreign policy are the main cause of this flow of refugees. According to a March poll by the Razumkov Center, 79% plan to return to Ukraine after the war, and 89% believe in Ukraine’s victory. Ukrainians are not going to emigrate en masse to Europe forever, but moreover, they are making every effort to return to their homes and return peace to the European continent.

However, it should be understood that with each passing month of the war, many families, especially with children, will be forced to adapt to the permanent life in the evacuation site in order to provide their children with education and a future due to the inability to return home. For Europeans, this will have an additional burden on the labor market, as well as possible social tensions – a quick victory for Ukraine will guarantee a rapid outflow of most refugees to their homeland.

Damage to Ukrainian enterprises has reached $11.5 billion, and total losses to Ukraine’s economy will reach 35–50% of annual GDP, according to the government and experts.

However, not only the Ukrainian economy has been hit, this blow is just the sharpest and clearest. Russia is well aware of the dependence of the Eurozone countries on its energy resources, and expects to use the factor of inflation (which is already more than 7.5%), rising prices in utility bills in the beginning of the heating season, and the fall in GDP due to the aid to Ukraine and the retention of refugees as a weapon to promote their conditions in Europe.

In addition, by blocking Ukrainian products in the Black Sea ports by the navy, more than 80% of Ukrainian agricultural exports now cannot reach end consumers – up to 40% of wheat in the entire UN Food Program.

More than 4.5 million tons of grain can not reach foreign consumers due to the blockade of Ukrainian ports by the Russian fleet, according to the head of the UN World Food Programme. This could lead to a food crisis in North Africa.

Russia hopes that the destabilization of the economic and humanitarian situation in the world will help it dictate the terms of war and peace. However, it should not be forgotten that giving in to blackmail is only an encouragement to follow identical policies in the future.

In addition to economic and humanitarian, the war can have other, much more threatening consequences – the security crisis. Eight years ago, by occupying and annexing the territories of the Autonomous Republic of Crimea, Russia violated the fundamental principles of international law, which were regulated by the UN Charter after World War II, the principle of inviolability of borders and the principle of territorial integrity of states. At the same time, another international security treaty was violated – the Budapest Memorandum obligating Russia, the United States, and Britain in December 1994 to respect Ukraine’s territorial integrity and to take immediate action by the UN Security Council to assist Ukraine in case of an act of aggression.

Russia has de facto withdrawn from the treaty, setting a precedent for non-compliance with security obligations by a member of the UN Security Council. However, if these guarantees are not fully implemented by other signatories, the question for the world community will be: “Are international security treaties worth the paper on which they are written?” Including the famous Article 5 of the NATO Charter, which has not yet been implemented in practice. And it’s only a matter of time before someone else wants to test these assumptions.

From the first days of the war, Ukraine has been receiving arms from partner countries. However, assistance often ends at the level of political statements. For example, the promises of German Chancellor Olaf Scholz, which, despite the decision of the German government, still remain empty words. Ukrainians are ready to fight and do not ask European or NATO countries to go to war. The only thing Ukraine is asking for is weapons.

On June 13, the adviser to the head of the Office of the President of Ukraine named the exact number of weapons that will help Ukraine win the war with Russia, return IDPs home, restore peace and economic stability in Europe: “We need heavy weapons parity: 1,000 155 mm howitzers; 300 MLRS; 500 tanks; 2000 units of armored vehicles; 1000 drones.” These figures may seem monstrous, but it is worth recalling that according to the rating publication Global Firepower, the Russian army is in second place in terms of strength index, and Ukraine is twenty-second. Despite this gap, the Ukrainian army has been successfully resisting the aggressor for more than a hundred days. In addition, the required amount of equipment is only 3% of tanks, 1.7% of armored vehicles and 11.5% of artillery from the reserves that NATO member countries have at their disposal. Realizing that peace and security in Europe cost so much, these percentages look meager.

“I don’t know what will happen “later”. “Later” will be a full-scale war. If, as everyone says, there is a war tomorrow, it will be full-scale. Why do we need sanctions “later”?” These words of the President of Ukraine Volodymyr Zelensky were said at the end of January 2022, a month before the Russian invasion, at a briefing with representatives of foreign media. Sanctions were never imposed, and on February 24 Russia launched the first large-scale war of aggression on the European continent since World War II. This is an inevitable process. The war is already going on, Russia is already blackmailing the world with energy prices and blocking Ukrainian food to its dependent countries, it has already crossed the Rubicon of international security law.

On the other hand, the EU and the world have also already imposed unprecedented sanctions on Russia, are already supplying arms to Ukraine and helping humanitarianly and financially. There is no way back. The only question is how many more sad statistics will appear in the news, how many more people will die and be forced to leave their homes in search of the right to life, and how much more time will it take for Europe to make a strong-willed decision.

The decision to stop the war as soon as possible, helping the Ukrainians with weapons, and not succumbing to oil and gas blackmail of the Russian Federation. Russia’s military defeat and Russia’s economic downturn will prove that a collective Europe can stop a military aggressor on the continent and will not allow anyone to blackmail themselves economically or militarily in the future. Otherwise, if Russia’s blackmail succeeds, it is only a matter of time before someone else wants to work out a similar strategy.