Escape the Russian Grip: How to Promote European Energy Independence

During the last decade, Russia has created two major myths around itself: the first is about the invincible Russian army. The second is about Europe’s fundamental dependence on Russian fossil fuels.

The army’s myth has ground to a halt in Ukrainian fields, where the Kremlin’s initial aims of a so-called “special military operation” have met fierce Ukrainian resistance and failure.

The “fossil-dependence” myth has appeared to be more stable, but not unconditional. 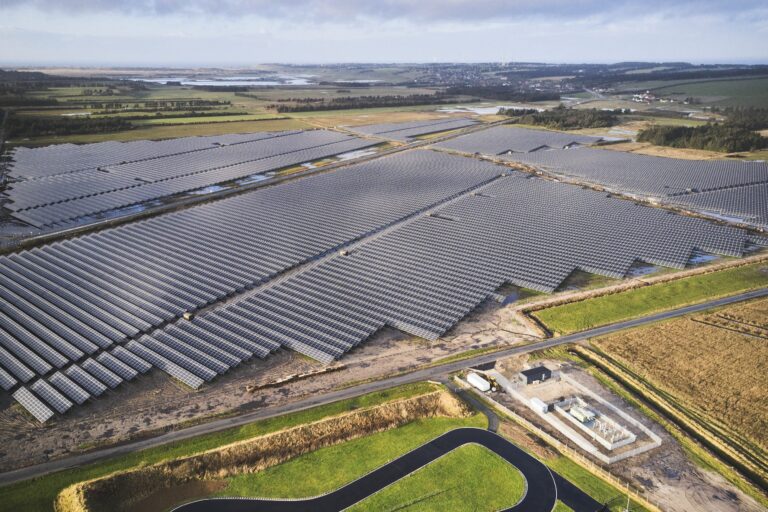 On April 7, 2022, the European Parliament called member states for a full embargo on Russian gas, oil, coal, and nuclear fuel imports. The first step has already been completed. The atrocities and war crimes against civilians in Bucha, a Kyiv suburb, committed by the Russian army and revealed after its retreat, pushed European states to refuse Russia`s coal imports since August. This decision was essential as about 40% revenue of the Russian federal budget comes from fossil fuel sales.

But this embargo on Russian fuel is not sufficient. According to Bloomberg, Russia expects to make $321 billion from fossil energy exports, nearly 30% more than in 2021. The main Russian asset is gas, which amounts to about 40% of the EU`s total gas consumption (155 billion cubic meters were imported from Russia in 2021).

While European governments and society are debating how this dependence could have happened, the International Energy Agency suggests its coherent plan for Europe to get rid of the Russian energy grip.

Ending Deals with Russia, and Alternative Suppliers to Come

Before she took office in the Federal Government, Annalene Baerbock, current Germany Foreign Affairs Minister, was a persistent opponent of the Nord Stream-2 gas pipeline. Her position was partially in concert with Ukrainian officials who said that the NS-2 is more a tool for geopolitical influence than a simple pipeline.

The issue became especially vivid in fall 2021, when, despite rising gas prices in Europe, Gazprom declined its gas transit to the EU via Ukrainian pipes, pressing the EU to launch the Nord Stream-2. But after February 24, when Russia invaded Ukraine, all doubts about real Russia’s intentions vanished.

Today the Nord Stream-2 project is almost buried, as well as plans of a large Russian energy expansion to Europe. Even apart from war crimes, the ease with which Russia violates international law and agreements make it an unreliable and unpredictable supplier.

Without a doubt, no new gas contracts with Gazprom should be signed and those set to expire by the end of 2022 shouldn’t be renewed. The problem is that the war against Ukraine, which threatens European security and economy, is fed mainly by gas money. Therefore, ceasing the purchase of Russian gas is like cutting off the warfare valve.

This remarkable step has already been taken by Lithuania, who has refused to buy any Russian gas since April. Not long ago, the country was heavily dependent on Gazprom supplies: about 70% heat and 90% electricity were produced from Russian gas.

But in 2015 Lithuania set the LNG-terminal in the port of Klaipeda and the Gazprom monopoly finished.

A full embargo on Russian fossil fuel means that other European countries should follow this way as soon as possible.

Italy announced that it would support the embargo. And practicing what it preaches, on April 12, Italian Prime Minister Mario Draghi announced a new deal between Italy (ENI) and Algeria (Sonatrach) to increase volumes of gas up to 9 billion cubic meters  per year in 2023–24.

This is not enough to escape dependence on Russian gas fully (Italy bought about 29 bcm from Gazprom last year), but it’s decisive and noteworthy, showing that consumption of Russian gas is rather an issue of political choice than survival, and that alternatives exist.

One more supplier is Azerbaijan which is able to increase its volumes to Southern Europe via Trans Adriatic Pipeline (TAP) and Trans Anatolian Pipeline (TANAP). Both pipes deliver about 28 bcm of natural gas per year with an extension to about 45 bcm.

The needs of Northern Europe can be partially covered by Norway and the Netherlands if the countries increase their production in the North Sea. Norwegian Equinor announced additional measures to boost gas production on its fields, which roughly bring additional 2.5 bcm this year. But the figures will increase annually by 15–20%.

Another way is to enhance LNG flow to Europe. Two main LNG suppliers are the US and Qatar; both are able to deliver more on the European market than they did previously.

There is a shortage of LNG terminals in Europe, but states are trying to address this problem promptly. There are terminals in Poland, Croatia, Spain, Greece, Italy, and France. Finland and Estonia have agreed to rent a terminal together. Sanna Marin, the Prime Minister of Finland, announced that the refusal of Russian gas for her country is not a matter of years, but months or even weeks.

The German Federal Government has also chosen three floating LNG terminals and the first supposed to be launched till the end of the year.

The summer of 2022 should be used to start the EU’s joint gas purchases and fill European storages with gas from different suppliers. This will enhance the resilience of the gas market on the threshold of winter, as Russia will definitely use this period to create artificial shortages. Moreover, common gas reserves will strengthen solidarity among the EU members.

One of the biggest underground storages located in Western Ukraine and also can be used for a European gas reserve. The capacity of storages is about 30 bcm, with depths from 400 to 2000 meters, which makes them well protected from potential airstrikes and missile barrages. Also, the EU along with NATO may establish a non-conflict zone in Western Ukraine for additional gas protection, if we assume that war lasts for months.

The coalition of suppliers should emerge to replace the “Gazprom” hegemony. Additionally, this approach fits the European values and principles of democracy and market economy; where gas is not used as leverage, and prices are established according to market competition, not to political pressure.

More Energy from Renewables and Nuclear

The current situation pushes the EU to accelerate its Green Deal programs and increase the electricity share obtained not from coal and gas, but from renewables and nuclear plants. Before Russia invaded Ukraine, natural gas was thought of as a “bridging fuel” during the energy transition. But now it seems we have to rethink this policy and accelerate efforts to wean off Russian fossil fuels, shifting to other low-carbon sources like renewables and nuclear power.

In 2020, renewable energy represented 22.1% of energy consumed in the EU. For the first time, Germany, the main green leader, produced more than half of its electricity from renewable resources. 2021 was a bit worse due to climate conditions in Northern Europe. Meanwhile, a return to normal, pre-pandemic conditions and record addition of solar and wind power capacity may increase output by over 100 terawatt-hours (TWh), a rise of more than 15% compared with 2021.

It is also essential to promote rooftop solar panel deployment in households. This will diminish dependence on gas to produce electricity on the one hand, and reduce household bills on the other.

Nuclear power is another huge source of energy. And, actually, crucial for reaching European climate goals. Despite a split between different EU states regarding whether or not nuclear power should be considered sustainable, the European Commission labeled nuclear as a green. There was a sort of conflict between France, which is pro-nuclear and pro-gas, Germany, and Austria. France had support from other states that operate nuclear plants, like Poland, the Czech Republic,  Bulgaria, Slovakia and Finland, while Germany and Austria relied on Russian gas.

Now it seems these debates should end. Nuclear power can drastically reduce gas use in electricity production. Additionally, it will keep electricity bills from growing as nuclear power is cheaper than fossil fuels.

Since March 16, when Ukraine joined the European Network of Transmission System Operators for Electricity (ENTSO-E) it has become possible to export electricity from there too. The country’s energy mix is cheap and green: about 70% of energy comes from nuclear and renewables.