To avoid more senseless bloodshed, the Kremlin must lose what empire it still retains. 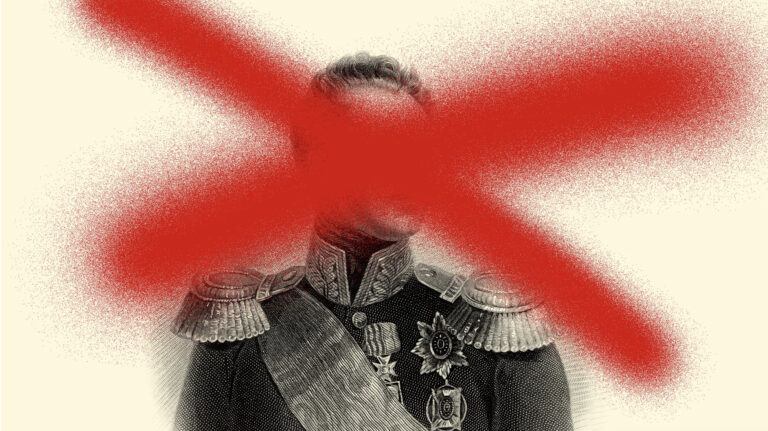 The former national security adviser Zbigniew Brzezinski once said that without Ukraine, Russia would cease to be an empire. It’s a pithy statement, but it’s not true. Even if Vladimir Putin fails to wrest back Ukraine, his country will remain a haphazard amalgamation of regions and nations with hugely varied histories, cultures, and languages. The Kremlin will continue ruling over colonial holdings in places including Chechnya, Tatarstan, Siberia, and the Arctic.

Russia’s history is one of almost ceaseless expansion and colonization, and Russia is the last European empire that has resisted even basic decolonization efforts, such as granting subject populations autonomy and a meaningful voice in choosing the country’s leaders. And as we’ve seen in Ukraine, Russia is willing to resort to war to reconquer regions it views as its rightful possessions.

During and after the collapse of the Soviet Union, when the Russian empire hit its modern nadir, the United States refused to safeguard the newly won independence of multiple post-Soviet states, citing misplaced concerns about humiliating Moscow. Emboldened by the West’s reluctance, Moscow began to reclaim the lands it lost. Now Russia’s revanchism—aided by our inaction and broader ignorance of the history of Russian imperialism—has revived the possibility of nuclear conflict and instigated the worst security crisis the world has seen in decades. Once Ukraine staves off Russia’s attempt to recolonize it, the West must support full freedom for Russia’s imperial subjects.

The U.S. had an opportunity to unwind the Russian empire before. In September 1991, as the Soviet Union was falling apart, President George H. W. Bush convened his National Security Council. In the lead-up to the meeting, the White House seemed unsure how to handle the splintering superpower. Some of Bush’s closest advisers even called for trying to keep the Soviet Union together.

Defense Secretary Dick Cheney was not one of them. “We could get an authoritarian regime [in Russia] still,” he warned during the meeting. “I am concerned that a year or so from now, if it all goes sour, how we can answer that we did not do more.” His end goal was clear: as Deputy National Security Adviser Robert Gates later wrote, Cheney “wanted to see the dismantlement not only of the Soviet Union and the Russian empire but of Russia itself, so it could never again be a threat to the rest of the world.”

Bush demurred. Rather than accelerate the Soviet disintegration, he tried to avoid antagonizing Moscow, even as President Boris Yeltsin’s administration began pushing the anti-Ukrainian animus that Putin now embodies. For years—as Russia stabilized and eventually prospered, and as Cheney masterminded some of the most disastrous American foreign-policy decisions in recent decades—many believed that Bush had selected the better strategy. Armageddon, as one historian phrased it, was averted.

In 2022, as Putin tries to restore the Russian empire by littering corpses across Ukraine, Bush’s position appears myopic. He—and American policy makers after him—failed to see the end of the Soviet Union for what it was: not just a defeat for communism, but a defeat for colonialism. Rather than quash Russia’s imperial aspirations when they had the chance, Bush and his successors simply watched and hoped for the best. As Bush’s National Security Adviser Brent Scowcroft later said about the Soviet collapse, “In the end, we took no position at all. We simply let things happen.”

We no longer have that luxury. The West must complete the project that began in 1991. It must seek to fully decolonize Russia.

Many of Russia’s former colonies, including places such as Azerbaijan, Uzbekistan, Kazakhstan, and Armenia, succeeded in achieving and sustaining independence after the fall of the U.S.S.R. But only Ukraine’s independence has become an obsession for Putin. It’s not hard to see why. Stiff-arming Russia at every turn, Ukraine emerged as the biggest hurdle to the Kremlin’s efforts to reconsolidate its empire and undo the independence movements of the early 1990s.

Not every one of the Kremlin’s colonies was so successful in achieving independence in those years. Scores of nations—“autonomous republics” in Russian parlance—never escaped the Kremlin’s control. For many, the process of decolonization made it only halfway.

Chechnya, for instance, endured multiple horrific wars after declaring independence in the early ’90s. Yet when Chechen leadership turned to the West for aid, U.S. officials looked the other way. Many across the West remained blinded by the “saltwater fallacy,” which posits that colonies can be held only in distant, overseas territories. Instead of viewing places such as Chechnya as nations colonized by a dictatorship in Moscow, Western officials simply saw them as extensions of Russia proper. So rather than recognize the Chechens’ struggle as part of the global push toward decolonization, American President Bill Clinton compared them to the Confederacy and backed Yeltsin despite his brutality. Clinton’s position not only effectively sanctioned the horrors unleashed on innocent Chechens, but it showed Putin, then a rising bureaucrat, that Russian force would go unchallenged by the West. As former Russian Prime Minister Yegor Gaidar said, Western pressure could have prevented the violence in Chechnya. Analysts agree. Yet Washington twiddled its thumbs, and Grozny was flattened.

Chechnya’s story is one of many. Nation after nation—Karelia, Komi, Sakha, Bashkortostan, Chuvashia, Kalmykia, Udmurtia, and many more—claimed sovereignty as the Soviet empire crumbled around them. Even regions that had been colonized by the Kremlin for centuries pushed for independence. In a 1992 referendum in Tatarstan, nearly two-thirds of the population voted in favor of sovereignty, even though Soviet authorities had drawn the republic’s borders to exclude some 75 percent of the Tatar population. As election observers wrote, the republic was motivated by “years of pent-up resentment” against Russian colonialism, and saw “huge support” for the referendum in ethnically Tatar regions.

Instead of propping up these emergent nations, the U.S. prioritized stability. Washington feared that any volatility in the region might cause Russia’s nuclear and biological weapons to fall into the wrong hands. Administration after administration made the same mistake. In his “Chicken Kiev” speech, George H. W. Bush warned Ukrainian separatists against “suicidal nationalism” (which Ukrainian separatists promptly ignored). Bill Clinton kept up his buddies-and-belly-laughs relationship with Yeltsin while Russian forces slaughtered Chechens en masse. George W. Bush took a hands-off approach to the entrenchment of Putin’s regime, even as Russian forces steamrolled into Georgia. Barack Obama’s blinkered “reset” policy set the stage for Putin’s initial invasion of Ukraine in 2014. Donald Trump fawned over Putin and subordinated Ukraine’s interests to his pursuit of domestic political gain.

The result: Chechnya remains dominated by a Kremlin-appointed despot. Tatarstan saw any pretense of sovereignty snuffed out by Putin. On and on Moscow marched, reclaiming nations desperate to escape its embrace. In Ukraine, we see the same story. Moscow is unlikely to stop there.

Russia is not the only polyglot nation that has failed to address its legacy of colonization. China currently oversees the largest concentration-camp system the world has seen since the Holocaust, dedicated to eliminating Uyghurs as a distinct nation. And much of the U.S. still refuses to view its own history as one of rote imperial conquest, from the Founding Fathers seizing Indigenous lands to the ongoing colonial status of places such as Puerto Rico.

But it’s Russia—and, more specifically, Russian imperialism—that presents the most urgent threat to international security. Now the bill of allowing Moscow to retain its empire, without any reckoning with its colonial history, is coming due.

Decolonizing Russia wouldn’t necessarily require fully dismantling it, as Cheney proposed. The push toward decolonization could instead focus on making the kind of democratic federalism promised in Russia’s constitution more than a hollow promise. This would mean ensuring that all Russian citizens, regardless of region, would finally be given a voice in choosing their leaders. Even simply acknowledging Russia’s colonial past—and present—would make some difference. “As much as decolonizing Russia is important for the territories it formerly occupied, reprocessing its history is also key for the survival of Russia within its current boundaries,” the scholars Botakoz Kassymbekova and Erica Marat recently wrote.

Russia has launched the greatest war the world has seen in decades, all in the service of empire. To avoid the risk of further wars and more senseless bloodshed, the Kremlin must lose what empire it still retains. The project of Russian decolonization must finally be finished.

Casey Michel is a writer based in New York. He is the author of American Kleptocracy: How the U.S. Created the World’s Greatest Money Laundering Scheme in History.
Share this page